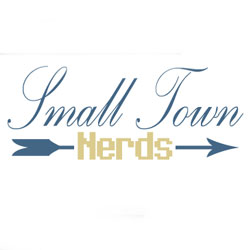 We interviewed Kal of Small Town Nerds, a FTM-transgender parent living in small town Canada. Kal blogs about his experiences with transitioning, parenting and his kids, frugal living, and small town life. His writing was featured in The Huffington Post.

First off, I want to thank you for doing an interview with us.

Connor: You described yourself as transitioning (transgender). Can you explain what this means?

Kal: For other people it can mean different things, but in my case my body did not develop primary and secondary sex characteristics in the way my brain feels it should have been (transgender). Now (transition) I’m changing my outward appearance and internal medically and socially so others can see, and treat, me the way I feel I was supposed to be in the first place.

Connor: Tell us a bit about the motivation behind your blog.

Kal: I’ve always loved writing, so starting a blog made sense. I never actually intended to document too much transgender focused content, however, after searching desperately for someone else in my specific situation online I couldn’t find any strong voices. My husband actually encouraged me to write about my specific situation, stating “there must be someone else like you out there.” Him, coupled with many people asking me if my life was anything like Caitlyn Jenner on “I Am Cait” prompted me to put my experience, thoughts, and feelings out there to help educate others.

After I was published by HufPost, I actually got a couple messages from people saying that they were going through the same thing. This has prompted me to continue to work hard and expand what I write about to reach more people who may need it.

Connor: You have five kids. Had you come out when you had your first?

Kal: No, I had my oldest child at 17. At the time, I built up an idea in my head about what the perfect mother should be and prioritized that, completely ignoring my own personality and feelings. I felt like everyone was judging me for my age and had to prove myself capable.

Connor: If not, when did you?

Kal: About a year after our 3rd child was born, shortly after moving halfway across the country and away from my extended family, I had a complete breakdown and came out to my husband and close friends. It’s something that was very obvious in hindsight but took me a long time to accept about myself. We chose to have the one more baby (which happened to be our twins) prior to me doing any medical transitioning to make things easier.

Connor: How do you go about issues of gender identity with your children? Do you have a policy of openness, or waiting for a certain time in which to discuss such issues?

Kal: We haven’t specifically told them that my gender identity is “transgender” but they have experienced my name switch and changes to my manner of dress and physical appearance. With the oldest being just 8, I haven’t found the right time to delve into the actual terminology, but we have told them sometimes men have female bodies and women have male bodies, and are lucky to have friends in the LGBT community so they get varied exposure.

Something we’ve always done is not to impose social gender norms on the children, allowing them to play with whatever toys, dress how they’d like, and do activities that they enjoy rather than what is considered “normal” for their gender.

Connor: When and how did you realize that you are transgender?

Kal: This is such an interesting question, I did mention before when I finally had the “aha” moment, but I honestly should have known far sooner. When I was 7 or 8 I had major issues with understanding that my body was going through female puberty and very much wanted to be male. When I was 13, I cross dressed exclusively and had my hair cut short – purposely convincing strangers I was a boy. I was also very enamored with drag queens. Unfortunately, I grew up in an area that didn’t have a lot of transgender exposure or education and never talked to anyone about my issues. Ever since I can remember I always wished I were born male.

Connor: How have your children reacted to your identity and your family’s situation?

Kal: My oldest daughter is the only one who’s had any significant reaction, with tears when I cut my hair and when I explained my voice may change a bit. She’s a very emotional and deep feeling child, but it doesn’t take long for her to recover and move on. My other two “liked my hair cut” and beyond that haven’t noticed.

Something that I wasn’t expecting is how my children have become mini advocates. The oldest gets mad at me when I use my legal name somewhere, and the 6 year old actually corrected my mom the other day for using my birth name, something I don’t even do. It was really sweet.

Connor: You live in a small town in Manitoba. Are you out in your community? Why or why not?

Kal: I’m selectively out, I don’t really like telling people and certainly don’t broadcast the idea (well, except on my blog) so a lot of people don’t clue in. I have a few friends that know, and a few of my kids’ friends’ parents know as well. I have not yet met someone who hasn’t been accepting of my situation, if not tremendously encouraging.

Connor: Is there anything unique about LGBT/queer life in Canada and Manitoba that you feel is noteworthy?

Kal: I just want to preface this by saying that there are a lot of people who have suffered in Canada and Manitoba at the hands of religion, family shunning, and bullying for being LGBT – this doesn’t change no matter where you are.

That being said, I do believe we have a good life here in Canada. Same sex marriage was legalized in 2004 and we are pretty protected under the law. We can’t be denied a place [to live] or job, things like that. There’s a lot of counselling and mental health services for those who need it.

We also have access to gender transition services in most places. Here in Manitoba, my top surgery is covered and I have been walked through and treated very well by the transgender “Klinic” in Winnipeg. Many other surgeries are covered as well, and a lot of support is provided.

There are still many hurdles to face, especially for transgender people and children using the appropriate bathroom and banning conversion therapy. Growing up in Northern Alberta, there wasn’t a lot of LGBT education and that’s something that still sparks controversy in certain places now. That’s something I fight hard for because I truly believe it could have helped me personally.

Connor: How would you respond to critique of your family’s non-conventional makeup as being harmful to children?

Kal: I’ve always found this question ironic. We could argue until our faces are blue about how conventional couples harm children through abuse, divorce, and so on, but I feel like that point has long been made. Rather than attacking those who see this as harmful, I would like to ask if those critics have ever met children from LGBT families. I would encourage them to read the multiple studies on the subject. As does any parent, I don’t need help worrying about my children – I do plenty of that on my own.

Connor: Many people don’t understand gender dysphoria. If you were to explain it to them simply, how would you?

Kal: You know when you walk by a store window and you catch your reflection, and maybe you’re a bit chubbier, or you don’t look great today, or whatever and you think “wow, I really look like that?” That momentary disconnect with how you perceive yourself in your head and what your outward body shows is very similar to gender dysphoria. Only with gender dysphoria, it’s triggered by your primary and secondary sex characteristics and happens many times a day, all day, every day. Something as simple as a shower can be very emotionally difficult.

The severity, type, and frequency of dysphoria varies from one person to the next.

Connor: What do you feel to be some of the biggest misconceptions about transgender people?

Kal: That we’re entitled and expect everyone to cater to us. I understand that it’s difficult when we’re not passable but if you’re introduced to someone as one gender and name or are asked to change them for someone you know, making the effort goes a long way. Most of us don’t expect perfection, just a little bit of compassion. You wouldn’t all of a sudden start calling a man with long hair a woman, and I doubt you’d appreciate it if someone misgendered you. We just want to be given the same respect as everyone else.

If there is one thing you’d love to have all straight, cisgender people know, what would it be?

Kal: That all I want is to be like you, good and bad. If you could treat me the same way you’d treat any guy, any dad, I would be happy. I’m not doing this for attention, in fact I would love nothing more than the opposite; like most people I just want to fit in and be accepted.

Connor: And: if there is one thing you’d love to have all people struggling with accepting their gender identity know, what would it be?

Kal: There are so many things I would love to say here! I guess my biggest one would be: It’s never too late. Even in my 20s, I got really hung up on how much of a head start younger people had and how things would be different because of my age. I know there are people of every generation and lifestyle that haven’t felt it safe to come out or haven’t realized who they are yet – and that’s ok! You deserve to be happy.

You can read more about Kal, his family, and his experiences on his blog, www.smalltownnerds.com