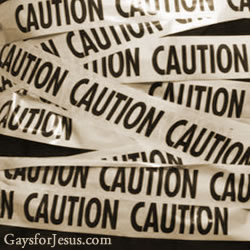 Marriott Hotel will soon be hosting a conference of the organization NARTH – that stands for the National Association of Research and Therapy of Homosexuality.

NARTH’s mission is in sexual orientation change efforts (SOCE), something deemed futile and irresponsible not only the American Psychological Association, but by psychologists, scientists, and professionals across the world.

Here a statement from the APA:

“The longstanding consensus of the behavioral and social sciences and the health and mental health professions is that homosexuality per se is a normal and positive variation of human sexual orientation.

There are no studies of adequate scientific rigor to conclude whether recent SOCE do work to change a person’s sexual orientation.”

Moreover, it is the opinion of a huge number of psychologists and mental health professionals that not only are attempts to change one’s sexuality futile, but also that they can be extremely harmful to youths, warping their identity and potentially causing lifelong struggles with an unhealthy self-image, a lack of capacity for self-acceptance, and serious problems that can come with them, such as depression and even suicide.

Were we to raise children of a certain skin or hair color to believe their body and mind were from birth wrong, that they needed to struggle to change this, that they needed to do deny to themselves what they were, they would be unhealthy and depressed. They would have a distorted and skewed and terrible image of themselves as wrong and in need of repair. This is exactly what this organization wants to do.

Why is Marriott hosting this irresponsible and hateful organization? This will not be the first time NARTH has convened under Marriott’s roofs – the hotel chain has hosted them many times in the past. What’s worse, Marriott is happy to accept and promote an image of themselves as gay-friendly, providing information on their website about gay vacations and weddings.

Spread this information, and tell your circles about Marriott’s hypocrisy and nasty money-hoarding, and what depths they will sink themselves in order to make a bit of money. Or, worse – are there people behind the scenes at Marriott who support this ludicrous and dangerous organization?