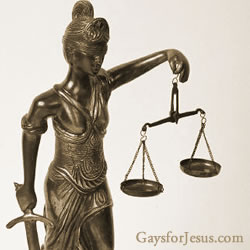 In Germany a law has been passed which allows parents and individuals to abstain from categorizing themselves as male or female. The state now allows a third gender option on birth certificates. Up until now choosing one of the two was mandatory – this led to problems especially in cases of intersex babies.

Intersex is a condition in which chromosomes do not align to create clearly a male or a female. This can present itself with genitals or an appearance that does not correspond perfectly to either gender. Laws allowing only the options “M” and “F” on birth certificates have been part of a culture in which this natural biological feature was shunned, scorned, and mishandled – when parents are forced to decide which gender their child is, the individual may grow up with a mismatching biological and mental gender identity.

In Germany, birth certificates will now have a third option in addition to male and female – X. The German government also now issues passports with this classification.

Germany is not the only country that has already taken steps to recognize intersexuals. Nepal, the United Kingdom, Australia, Portugal, Uruguay, Afghanistan, and Pakistan have also already officially recognized this third gender. The third gender, or genders outside of the frequently-seen Western dichotomy of male and female, are and were part of cultures around the world today and throughout history. They are mentioned in the Quran, and also among the oldest written human records describing ancient Mesopotamia and Egypt.

Laws like this are the first step for intersexuals towards acceptance in society at large. Another goal for the community is to end gender assignment for intersex infants, and to allow the individuals to decide themselves once they’ve developed a gender identity. This law doesn’t achieve this goal quite yet, but is a move in the right direction.