Jamaica is a terrible place for LGBT individuals. 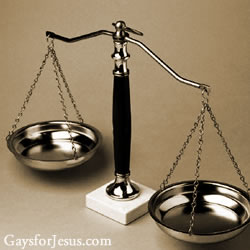 Like many areas of the world, such as India or Japan, homophobia in its modern form did not exist until colonization by the west. Legislation prohibiting sodomy, anti-gay sentiment, and Christian traditions exist to a large degree as vestiges of Europe’s influence.

Jamaica is one of these countries. The nation has codified discrimination, as well as a climate of hate, intimidation, and violence.

“Section 76. Unnatural crime. Whosoever shall be convicted of the abominable crime of buggery … shall be liable to be imprisoned and kept to hard labour for a term not exceeding ten years.”

Laws are specific to males; sexual acts between women are not prohibited by law. This is one reflection of Jamaica’s culture, one of hyperbolic masculinity. Expectations of manliness are high, and any homosexual allusions or ideas are seen as an affront to these ideals. Tying into this male-dominated, machismo structure is a wildly popular music culture: dancehall and reggae are two beloved genres in Jamaica, and often feature homophobic themes and lyrics. High-profile artists such as Buju Banton, Sizzla, Beenie Man, and Elephant Man have all recorded music with vitriolic anti-gay lyrics. The music taps into existing homophobic sentiments, and also encourages them. Other aspects of the culture also contribute, such as Christianity, or attitudes about HIV/AIDS. Fundamental is the sum: a culture in which homophobia is deeply ingrained.

As a result, life in Jamaica for LGBT individuals is not only difficult, but dangerous: beatings, murder, arson, anti-gay mobs, and rejection by family are to be expected. Extreme cases have been reported: in 2004, Jamaican gay rights activist Brian Williamson was murdered in his home with a machete. The killing was handled as a robbery, but many believe it to have been a hate crime. Rebecca Schleifer, a researcher from the Human Rights Watch, described her experience the day of his death:

“…found a small crowd singing and dancing. One man called out, ‘Battyman he get killed.’ Others were celebrating, laughing and shouting ‘Let’s get them one at a time’, “That’s what you get for sin”. Others sang ‘Boom bye bye’, a line from a well-known dancehall song by Jamaican star Buju Banton about shooting and burning gay men. ‘It was like a parade’, says Schleifer. ‘They were basically partying.’”

Youths and gay persons are often driven from their homes and neighborhoods by family members or angry crowds and find themselves with nowhere to go. This article documents the struggle of a group of youths taking refuge in sewers. Even there, however, they do not find safety. Anti-gay action and persecution come from the police, too, in the form of beatings and forced removals.

Human Rights Watch said in 2012 that because of homophobia, “human rights defenders advocating the rights of LGBT people are not safe in Jamaica”. – Wikipedia

Seeking aid or protection from the government or other authorities is also not feasible. 2012 brought a further increase in incidents of anti-gay violence and abuse. Many LGBT individuals have fled the country to live in safer places; for many this is not possible, and they have been forced to face the challenge of LGBT life in their home country.

Changing Jamaica’s culture will be a long process requiring education, diligence, and above all, fearless courage. The process begins with communication and effort to spread awareness across the world.