Beginning the first day of the new year, the Boy Scouts of America will end their official prohibition of openly gay scouts: starting January 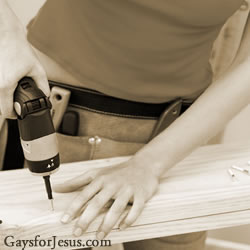 The decision was the result of a vote held in May by the BSA’s 1400 member National Council. 60% were in favor, and the outcome came at the end of intense debate. Simultaneously, the council announced that openly gay adults would continue to be barred from leadership positions.

The Boy Scouts have about one million adult, and 2.6 million youth members in the United States. A large number of troops/Scout units are sponsored by religious organizations.

The reversal in policy is a move away from a controversial policy banning atheists, agnostics, and all “open or avowed” homosexuals. Atheists and agnostics will continue to be forbidden from entering.

The decision is a victory for children everywhere and is an important step towards fostering healthy development and a sense of inclusion, normalcy, and acceptance amongst not only gay youth, but also all young people.