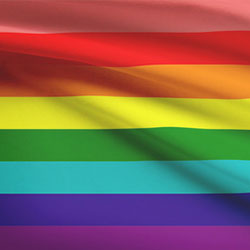 On Monday, the 13th of January, Goodluck Jonathan, the president of Nigeria, signed into law the Same-Sex Marriage Prohibition Act. It includes a punishment of imprisonment around or in excess of ten years for known homosexuals.

The bill’s passing was the initiation of a hunt for gay Nigerians: police began by taking into custody individuals known to be gay, and continued by torturing them to extract information about the identity and location of other homosexuals.

Human rights and LGBT activists in Africa and across the world have condemned the bill, which, conversely, has been lauded and defended by Muslim and Christian leaders in Nigeria, who criticize what they see as pro-gay trends accompanying aid from the west.

Punishments according to the law are as follows: up to 14 years for gay marriage, and up to 10 for membership in or support of organizations, clubs, societies, and groups pertaining to pro-gay themes.

So far reports indicate that 38 men have been arrested, and a further 168 are being sought.

Nigeria’s population is the largest of any African nation, around 175 million. About fifty percent are Christian, with the other half Muslim, and a small minority of traditional religions remaining. Faith is strong, and sharia law prevails in the Muslim-majority provinces in the northern half of the nation.

Anti-gay sentiment is strong throughout much of Africa. 38 nations legally prohibit homosexuality. Three include the death penalty as a consequence: Mauritania, Sudan, and, following a traditional interpretation of Islamic legal thought, northern Nigeria. In Uganda, Tanzania, and Sierra Leone, the punishment is lifelong imprisonment. In Uganda, further anti-gay efforts continue: despite passing laws requiring lifetime prison sentences, members of the Ugandan parliament have called to upgrade the penalty to capital punishment.

The most liberal African nation in LGBT matters in South Africa, although LGBT rights in the nation have been described as the privilege of a minute minority of the white upper class.