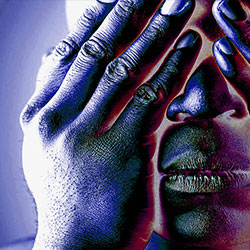 What is your earliest memory? This is a question that I have avoided answering honestly for decades. Quite frankly, the truthful answer has terrified me greater than anything that I’ve ever encountered. If I answer it honestly, I fear that I will become an outcast. I find myself afraid that every time my friends and loved ones look me in the eyes, I will witness their looks of pity and judgment. I have spent 37 years building a persona. Desperately, I have strived to be so much more than my earliest memory. I have devoted my entire life to not being defined by that moment, and the other distressing moments that would soon follow.

So, what is your earliest memory? The majority of people would probably be uncertain. For some, it’s when their mom left their side on the first day of kindergarten. For others, it’s a trip to Disney World. A friend once told me that his earliest memory was when he had the flu, and his mother held his head in her lap and told him that everything would be OK. His story’s sweetness warmed my heart. I stole it, and imposed it on the illusion of my perfect childhood that I sold to others.

I am a con-man. My entire childhood as anyone knows it) is entirely fictional. Over the years the lies have become so great, that the only way to maintain them was to shut people out of my life who knew the truth. Like every con-man, you must stay on the move before others are able to find discrepancies in your story and become curious. It is time for me to come out of the closet. Entirely out of the closet. I shall remove the delicate cloak painted with smiles and sunshine to reveal the scars and wrinkles underneath. These imperfections I must proudly display and possess, because they are me. This is my path to freedom from the burden of lies that have consumed me. This is my truth.

My earliest memory happened on a weekday. I was four years old; playing on the kitchen floor underneath the table next to our living room. My mother worked rapidly in the kitchen on our family’s dinner. My two older sisters played in their bedroom, which adjoined on the opposite side of the living room. Soon, I heard the sound of my father’s car pulling into our gravel driveway. The ritual of sounds that followed was predictable. I heard the door of his car slam, then the familiar stomps up the three steps leading to our front door.

My memory fails me as to how the next few minutes played out. It is this lapse in my attention span that has troubled me most as an adult. I revisit these moments often. “Was I being too loud?” I don’t remember what toys I was playing with at the time. I had a wide-selection of Hot Wheels cars and Star Wars action figures; but I often liked to play with my sister’s dolls. “Could my selection of dolls have sparked my father’s anger? Had my childhood neediness distracted my mother from preparing dinner?” I want to blame myself.

I sensed that my father’s tone was becoming hostile toward my mother. “I burned it, and had to start over”, my mother exclaimed in her defense. My father was upset that dinner was not ready when he arrived home from work. My mother’s voice became increasingly distraught, as she begged him for a few more minutes of patience. Like a flash of lightning, my father began throwing plates at her. As they shattered around me, my oldest sister grabbed me from the floor and dragged me into the corner of the living room where we all cowered on the sofa in silence. He began punching my mother, while screaming obscenities at her incompetence and failure as a human being. When she retaliated with threats to leave, he grabbed a handful of her hair and led her outside. He shoved her down the steps of our mobile home, as my sisters and I cautiously followed far behind. He then dragged her by the head to the car, and began slamming her head repeatedly into the car door. He shouted, “If you want to fucking leave, then leave!”

She stayed. She also finished dinner, which my father refused to eat.

We were poor. We lived in a mobile home. It was surrounded by forest and swamp land. The closest town was four miles east. It was a sleepy, southern community filled with churches. Churches were like tribes. Everyone knew everyone else in town, and which church they belonged. Our town had a school, a post office, a gas station, and a small grocer. The wealthiest people in our town lived in two-story houses and had cement driveways. These luxuries symbolized prominence in our neck of the woods. My mother forced me and my sisters to wake up and get ready on Sunday mornings, to go to our Baptist Church. My father would not join us. As a young child, I used to pray that my father would go away. Year after year, my prayers went unanswered. Eventually, I began to suspect the entire church was a sham.

The violence continued mercilessly. At times, it was directed toward me. Most times, it was directed toward my mother. By the age of 11, it began to escalate. My mother had asked our church’s reverend if she could have a key to the church. In a town of a few hundred people, there were very few options for a battered wife. I remember a Saturday night sitting on the floor of our church’s bathroom, helping her apply bandages from the first-aid kit that we found in the medicine cabinet. By dawn, we had to return home. We couldn’t let the church’s other parishioners know what had happened.

On a summer evening in 1987, the violence peaked. I was in my bedroom, and heard voices beginning to escalate. My mother had become hardened to the violence, and her composure made the situation more volatile. I sat frozen in my bedroom listening to every word. As tensions escalated, my father screamed to my mother that he was going to “blow her fucking head off.” “I hate you, and I hate that fucking son”, he proclaimed. He had never voiced that he hated me before, but I had known it to be fact for many years. It stung, but the feeling was mutual. I cautiously opened my bedroom window and climbed outside. My initial thought was that I would just run away. Slowly I crept around to the back yard, where I could witness the assault through the windows. It was there that I found my father pointing a gun to my mother’s head. As he berated her, she pleaded “Please, just let us go.” Every second passed in slow motion. I felt my heart racing in my chest. I wondered how I could ever survive if he pulled that trigger. It was difficult to breathe. My entire universe was collapsing around me. And in this anguish-filled moment, the gun begins to lower. I remember hoping that he would kill himself. My mother slowly made her way to the back door. She was surprised to find me outside waiting for her. We ran to the car, and drove off to out hiding place at the church. We spent the entire night looking for approaching headlights through the stained glass windows. Fortunately, they never came.