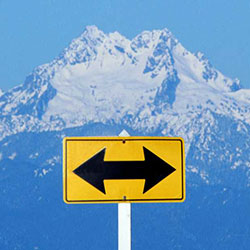 Shortly after this incident, I began to realize that I was attracted sexually to men. It was something that I realized almost immediately once puberty hit. I hoped that I was just entering a phase. At the age of 12, I believed that my abusive father was to blame for this affliction. I thought that I was just desperate for the affection of another man. My initial reaction was to deny the possibility that I was permanently homosexual, and hope that the attraction passed. As the years went on, my efforts to have sexual attraction toward women continued to fail.

By the age of 15, I began to realize that I was gay. It was something that would never change about me. Being gay in my hometown was unacceptable. It would make me a social pariah. My mother was deeply religious. If she learned of my homosexuality, it would emotionally devastate her. My father was not religious, but he would blame my mother for turning me gay. I genuinely worried that if my father learned that I was gay, he would kill both me and my mother. There was only one real solution for me. I needed to pretend to be someone that I wasn’t in order to survive.

By this point in my life, I had already become a young master of deception. I maintained a sense of normalcy amongst my teachers and peers, despite the turmoil at home. On Monday mornings, I was ready to start my week. It was the weekends I dreaded. I played the role of a respectable kid whose parents were intelligent and classy. No one in my school knew any differently. I poured everything I had into school and extra-curricular activities. I had to escape my home life, and I knew that my education would be my transportation out.

As I continued my ruse, I became increasingly embarrassed by my family and roots. I rebelled against any activity that reminded me of them. My dad and older brothers were hunters; I got involved in animal rights. My siblings listened to country music; I listened to modern rock. My peers used words like “ain’t” and “y’all”; I began focusing on speaking eloquently with no southern accent. By the age of 16, I began working part-time. I bought a car. I stopped attending church. I made excuses to avoid any activity that involved my family. I may have physically lived with them, but I could not have been less emotionally attached to them.

My senior year in high school was my most emotionally difficult time. Over the years, the violence at home had improved. I was growing bigger and stronger, and my dad had become older. He occasionally had flashes of a poor temper, but violent outbursts happened more sporadically. Nevertheless, I hated my parents. I believed that the existence that they had provided for me was sub-standard. My father was emotionally disturbed, and my mother allowed it all to happen. I began saving money for my own apartment as soon as I became 18 years old that November. Despite my elaborate plans, there were no apartments to be had in our rural area. I counted down the days until I could go to college, and leave them behind.

In addition to my resentment at home, my fellow classmates had begun to have sex. I was desperate to maintain my cover as a straight man, so I began dating a girl. I sensed that she really cared for me, and wanted to be a part of my life. I could not love her in return, but I strung her along. It was the first time in my life that I had to be emotionally cruel to someone. I hated myself for using her.