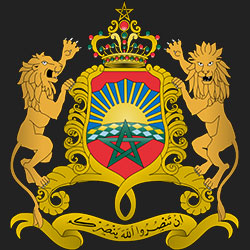 The Kingdom of Morocco is a country situated in North Africa, under the reign of King Mohamed VI, and governed by the constitutional monarchy. Although the country seems to be open enough to accept any kind of people, it is by far one of the countries which have a lack of tolerance. For people who aren’t sexually straight, it is a complete struggle everyday as homosexuality is considered illegal.

According to the Article 489 of the Penal Code of Morocco: anyone who commits a lewd act which is against nature with an individual of the same sex is punishable by six months up to three years of imprisonment and a fine going from 200 up to 1000 Dirhams.

This is in fact one of the elements that make things complicated in Morocco for extrovert people willing to express their ideas, opinions, and just be themselves.

Storyline: In 2007, six men were sued for having violated the Article 489 of the Penal Code, in Ksar ElKbir, a small city about 75 miles south of Tangiers. The prosecution failed, because according to the lawyers, there was no clear proof that those men have done any prohibited act of this kind.
However, the case has been reopened for investigations after finding a video of these men on the net, local newspaper claimed that the images were showing in clear evidence the celebration of a gay marriage. The video got the accused arrested, and people in the city started a manifestation to denounce the men’s act and to call for their punishment.
Seven years after then, six other Moroccan men were arrested in May 14th, 2014, and sentenced to prison terms for up to three years, in Fqih Bensaleh, a small city in the center of the Kingdom. The person who sued the six individuals was found to be the father of one of them, convicted that his son was under the influence of his friends, who, according to his beliefs, were encouraging him to have a deviant behavior.

September 18th, 2014, Ray Cole a 69 year old British man was arrested by the police while waiting at the bus station with his Moroccan boyfriend whom he met on the internet. The police used the contents of both men’s mobile phones as a proof and evidence of their homosexuality. The Consulate hasn’t been informed by the authorities, and Cole’s family had no news about him. However, even though the British man had no right to use the phone to warn anyone, he could make a call through his cellmate’s phone on October 4th, and tell his family. Following mobilization of the press and the British deputies, Ray Cole, who was serving a sentence of four months in prison after an unfair trial, was released from jail on October 7th, but his companion couldn’t benefit from the same freedom.

But all of this doesn’t prevent Morocco from bringing many homosexual artists in cultural events, like Elton John in 2010, who performed during the famous Mawazine Festival for international musical culture. Or again, the alternative rock band Placebo, in the same festival in 2015: Stefan Osdal, who is the band bassist, took the stage by playing his fully brightly-colored instrument with the number “489” written on his chest with a stroke on it, referring to the article 489 of the Moroccan Penal Code. Placebo were exploding the stage that night, especially because of their reference to LGBT Rights in Morocco, and their will to encourage people to fight for a better society with more acceptance and tolerance.