I never actually came out. The first time I told my mother I was gay, I didn’t think of it as some big reveal, I honestly thought I was just informing her of something. I have a cold; we’re out of milk; I’m in love with a girl. Though I was only fourteen, I can’t pin this grave underestimation on stupidity. I was a really smart kid and I had the grades to prove it, but despite knowing the official stance of my Catholic upbringing on gay people, I just never felt like the monster they portrayed.

Her name was Ashleigh. That’s not a pseudonym either, I can’t tell this story without her. She had this habit of pulling the edges of her sleeves to the tips of her fingers and the first time I told her I loved her, it was raining.  The second person I told was my brother. I say told, what I mean is: I buried my face in the sofa and screamed like a banshee because my heart hurt whenever she was late for school. She was late for school a lot. We fought a lot more. I don’t know if we were really at each other’s throats or if we just made up things to pass the time. We worked best when we were quiet; sometimes, when she had her back to me, she’d lift up her elbows to make space, and that always meant that she wanted me to wrap my arms around her and close the gap between us. To this day, one of my biggest regrets was the day I didn’t. I never told Ashleigh I was gay.

My first girlfriend didn’t think she was beautiful. I told a good friend that she’d been to my house and when that friend retched, I didn’t feel beautiful either. A month later we were at a birthday party and everyone was chanting “Kiss! Kiss! Kiss!” and I literally couldn’t breathe. I owe my first girlfriend more apologies than I do any other person I have ever known, because I took parts of her, and used them build myself. We started talking again recently and she keeps telling me to stop apologizing but she doesn’t seem to understand that she dated me for two months and I broke up with her once a week. I haven’t gotten the nerve to ask her if she knows she’s beautiful yet, but I pray, to no one in particular, that her new girlfriend tells her every day.

Elderly Gay People Speak of the Past

Here’s a wonderful video from The LA Gay Center. Gay seniors talk about being gay, their families, relationships, discrimination, struggles, love, life, and the past. The wisdom, alacrity, and honesty here is striking. Our world is full of elderly individuals, whose insight and experience is often ignored. Among the already forgotten and disregarded senior population, elderly gay people often face particularly troubling situations. This video is human, real, and show the stories these people have to tell us. 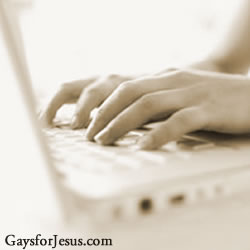 My first coming out was with my sister. I was unable to admit it, but she knew, and I knew. As she began asking me if I found this or that guy hot, as she started communicating with me as a gay individual, I was unable to respond. My head was full of barriers preventing me from accepting the situation. Then, despite my discomfort, time passed. I began timidly attempting to respond, then found myself gradually growing more comfortable with the idea: my sister knew what I was, and didn’t care.

My sister had told my father, whose acceptance was immediate. Unlike my sister and myself, however, he had neither religion nor faith. My mother was both, and strongly. She had taken care to raise me and my sister so. I remember once stumbling upon an email conversation my father had left open, with my mother. His words: “No, I do not think that Connor will turn gay…” The fear that possessed me after that email had nothing to do with religion or God or anything except the unspeakable: what if she doesn’t love…

My uncertainty over my mother ruled for a few years. One day informed me that she knew, and loved me anyways. It was not overnight, but as weeks and months and years passed I found myself learning to forget the walls I had set up for myself. My family had already accepted it: it was me who needed time.

This was so, because I grew up in a society that ingrained this mentality into me.

Before my first outings I struggled with doubt, and self-loathing, and denial, and confusion. Puberty started. I found my thoughts exciting, but as it continued and I became increasingly aware of what it was that excited me, walls closed in on me. I began lying to myself and to others, and spent much time hoping, and thinking about becoming straight.

Once during a fun day with middle school friends at an amusement park, I had a moment alone with one friend, another boy my age, who’d already come out. I asked that if he could become straight, would he. His answer was no.

Eventually I found a passive internal acceptance of my identity. I did not understand it well and was not ready to tell the world what I was, but I acknowledged it and put an end to attempts to deceive myself. Later, however, after my family knew, the journey was not over. My internal strife and confusion continued – I could logically tell myself that I, that my family, that others didn’t and shouldn’t care. But what we know to be correct or logical is not always what we feel.

The next step was people outside my family. I began with close friends. And it was easy. People I had lied to extensively, whom I had gone to great lengths to deceive, I found myself without qualms able to tell the truth.

During middle school I went twice on a mission trip to Mexico, with my youth group. During this period I struggled much with my religion, and it’s rules and teachings. At the same time my internal sexual strife continued. A couple years had passed, and slowly I’d begun accepting that my orientation was not something that can be changed.

Each day after prayer and worship we were sent off for thirty minutes of solitude. We were to find a secluded spot on the grounds, sit down with the Bible, and peruse God’s words and wisdom.

My Bible had references to specific topics in the back. During one of the sessions my sexuality was on my mind. I found homosexuality and flipped to those oft cited, oft argued, so troubling, so strong verses, those which condemn homosexuals. I read, and thought, and decided then and there, that that was not my religion. I made an official internal decision to renounce my religion and become an atheist.

Since then my perspective has changed. My strong feelings of rebellion as a teenager have grown milder, and my thoughts about the concept of God have matured and developed. I now look at the state of God and religion in the world and am sad. I am not sad because people believe something I do not, or because people believe at all, but because I look at the religions of the world and see lots of people very unconcerned with God. I see a huge number of people claiming to follow, and seek, and love God, but who are actually more concerned with telling other how they are to live their lives, all the while not noticing their own sins.

The more I read about history, and the various peoples and cultures and ways of this world, the more convinced I become, that peace, love, unity, fairness, and kindness are God. I have become dedicated to love, good, and kindness. These are my religion, and I believe if God exists, in whatever form or way, he agrees. God is and does not hate. He does not condemn. He loves everything and everyone, and wants to see them adapt and grow with the body and person they are.

In too many religions, and with too many religious, this is not their message. They claim to represent God, but represent only messages of hate, division, superiority, and killing. This is not God. This is merely individuals with free will making their own choices based on their biases and beliefs.

The change and evolution in my faith began with puberty, and my homosexuality. Now, years have passed and I am happy, and have grown. I know very little, except that one should do good.